The VP8ORK team is qrv from Orkney islands.This DXCC entity was a new one for me.But there was a problem.My linear amplifier 2 weeks ago had a problem on the Automatic Antenna Tuner board.Not a big one (some burned capacitors due to high swr) but i had to send it to the manufacture.So i was wondering.Will i pass through the pileups with the 100 watts of the transceiver ??? Well i got the answer.Yes! And not one time but six until now.
Of course the winner is the antenna gain.
Good luck all with VP8ORK
73 de SV2DCD Leonidas
Αναρτήθηκε από Leo Fiskas στις 9:21 AM No comments: 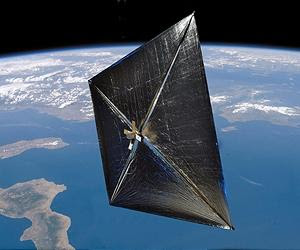 On Wednesday, Jan. 19 at 11:30 a.m. EST, engineers at Marshall Space Flight Center in Huntsville, Ala., confirmed that the NanoSail-D nanosatellite ejected from Fast Affordable Scientific and Technology Satellite, FASTSAT.

The ejection event occurred spontaneously and was identified this morning when engineers at the center analyzed onboard FASTSAT telemetry. The ejection of NanoSail-D also has been confirmed by ground-based satellite tracking assets.

Amateur ham operators are asked to listen for the signal to verify NanoSail-D is operating. This information should be sent to the NanoSail-D dashboard at: http://nanosaild.engr.scu.edu/dashboard.htm. The NanoSail-D beacon signal can be found at 437.270 MHz.

The NanoSail-D science team is hopeful the nanosatellite is healthy and can complete its solar sail mission. After ejection, a timer within NanoSail-D begins a three-day countdown as the satellite orbits the Earth.

Once the timer reaches zero, four booms will quickly deploy and the NanoSail-D sail will start to unfold to a 100-square-foot polymer sail. Within five seconds the sail fully unfurls.

"This is great news for our team. We're anxious to hear the beacon which tells us that NanoSail-D is healthy and operating as planned," said Dean Alhorn, NanoSail-D principal investigator and aerospace engineer at the Marshall Center.

"The science team is hopeful to see that NanoSail-D is operational and will be able to unfurl its solar sail."

On Dec. 6,, 2010, NASA triggered the planned ejection of NanoSail-D from FASTSAT. At that time, the team confirmed that the door successfully opened and data indicated a successful ejection. Upon further analysis, no evidence of NanoSail-D was identified in low-Earth orbit, leading the team to believe NanoSail-D remained inside FASTSAT.

The FASTSAT mission has continued to operate as planned with the five other scientific experiments operating nominally.

"We knew that the door opened and it was possible that NanoSail-D could eject on its own," said Mark Boudreaux, FASTSAT project manager at the Marshall Center. "What a pleasant surprise this morning when our flight operations team confirmed that NanoSail-D is now a free flyer."

If the deployment is successful, NanoSail-D will stay in low-Earth orbit between 70 and 120 days, depending on atmospheric conditions. NanoSail-D is designed to demonstrate deployment of a compact solar sail boom system that could lead to further development of this alternative solar sail propulsion technology and FASTSAT's ability to eject a nano-satellite from a micro-satellite - while avoiding re-contact with the FASTSAT satellite bus.
Αναρτήθηκε από Leo Fiskas στις 8:08 PM No comments: 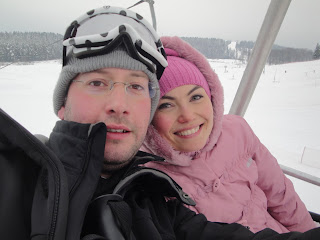 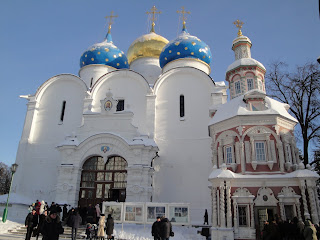 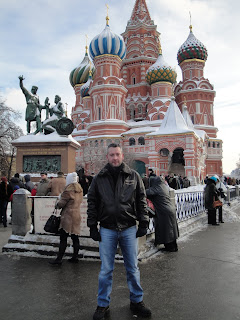 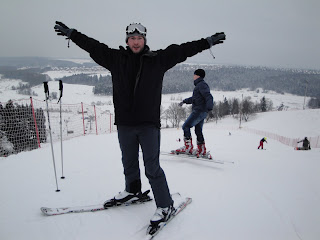 Here are some pictures from my latest trip to Russia.
It was a great visit to Moscow and Moscow region (Sergiyev Posad,Sorochany ski resort)
Lot of cold but there is always the solution for this in Russia.VODKA !!!!! :-)
Thanks Sveta for everything !!
Αναρτήθηκε από Leo Fiskas στις 9:06 AM 2 comments:

Many thanks to George SV1ENM for all the great and hard job to put my logbook in the ARRL LOTW system.
73 all de SV2DCD Leonidas
Αναρτήθηκε από Leo Fiskas στις 5:33 PM 1 comment:

LOCAL TIME IN MY QTH