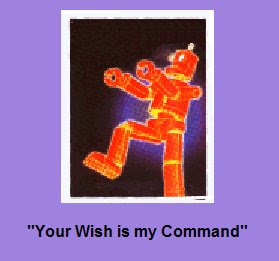 Dear DXrobot user,
You may have noticed that the DXrobot service has been down for some days.This was caused by a server crash last week, and it took me several daysto replace the disk and get all software reinstalled.
Fortunately everything is working fine again.I used the opportunity to also replace the mailing list manager softwareby a more secure software package (Mailman) that also offers moreflexibility.
The new mailing list manager can be reached at http://gooddx.xs4all.nl/mailman/listinfo
Enjoy!
73Allard - PE1NWL
The DXrobot - Gouda - The Netherlands
Αναρτήθηκε από Leo Fiskas στις 8:59 AM 2 comments: 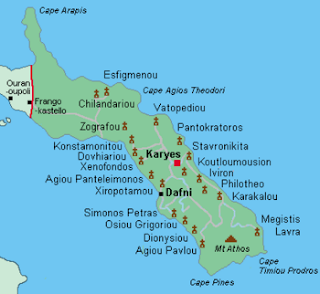 WiMAX pilot network of OTE in Mount Athos is true. Already the first users connected using WiMAX wireless network for broadband access.The pilot network provides services and broadband IP telephony (VoIP).Achieving these services took place in an area extremely difficult, with limited infrastructure in roads, transport and communications, and lack of established power grid.Overall, 6 base stations installed on the scope of the network will reach 50 kilometres, covering the majority of Skiton and monasteries of Mount Athos, almost throughout the Peninsula. The WiMAX network which has been implemented has the capacity to 60 Mbps (both directions).
The WiMAX base stations emit OTE in spectral band of 3,5 GHz which have been awarded in OTE by EETT.
In the initial stage of operation, currently underway, have already signed the first users both at Mount Athos and the Isle Ammouliani and the region of Ierissos with wireless broadband access. Also, users in Karyes enjoy ADSL services through interconnected in WiMAX special equipment (DSLAM).
Among users of the network include 6 large monasteries, Athoniada School and the Holy Epistasia of Athonikis State.
The findings so far from the operation of the WiMAX network to Mount Athos is encouraging because the system has operated smoothly even in extremely bad weather.
Αναρτήθηκε από Leo Fiskas στις 8:15 PM No comments:

The time has come ! 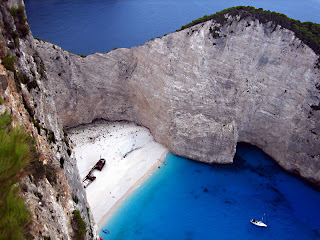 The time for summer vacations has come!At the moment i am in Athens.Will stay here for a couple of days and then will travel to Zakynthos island (Zante) IOTA EU-052.I travel to Zakynthos for summer vacations since i was born.Every year!Sometimes for a week,sometimes more.Zakynthos is in my heart ! I love this island!The reason that i visit Zakynthos for summer vacations every year is because my grandmother has Zakynthian origin.Her maiden house is in great shape there!Will stay on the island for 10 days this time.I bring with me a YAESU FT847 with a 5band dipole antenna for HF and a 10el DK7ZB 2m antenna.Also an ICOM IC2350 VHF/UHF transceiver for fm local chat with my good friends in Zakynthos SV8CS,SV8RX,SV8RV,SV8AXZ etc
Hope to hear you on the air
73 de SV2DCD Leo
Αναρτήθηκε από Leo Fiskas στις 2:09 PM 1 comment:

LOCAL TIME IN MY QTH